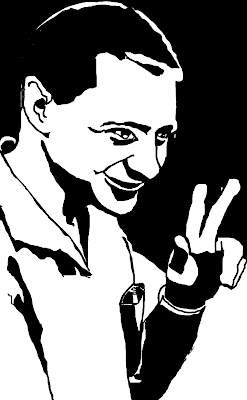 Paul Pascon was born in 1932 in Fez. His family originally came from France but had lived for a couple of generations in Morocco. When Morocco became independent in 1956, he chose to become a Moroccan citizen. Pascon became an important sociologist embracing new methods of research and introducing them in Morocco. His work inspired a whole generation of Moroccan sociologists and historians with his post-colonial take on his studies about rural society. In 1965 he visited for the first time Iligh and the neighboring Zaouia of Sidi Ahmed Ou Moussa. Through his studies of old documents he was able to throw a new light on how pre-colonial society in that part of Morocco (Tazerwalt) worked. It was not a strictly tribal society but a society made up out of different groups formed around the descendants of the Sufi saint and its ‘symbolic capital’. His studies of the society in the Tazerwalt was so sympathetic to the existing make up, history and population that his memory is still cherished. The sympathy was mutual. Also the participating students and other scientists participated in it. Unfortunately his life was clouded by misfortunes. During a camping trip his two sons disappeared never to be found again. Pascon himself died on a road trip in Mauritania in 1985. Not everybody believed it was an accident. Rumors abound.