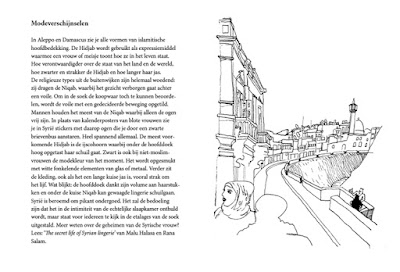 By the time I got into professional cartooning I already had a Mac, a flatbad scanner and knew how to use Quark Express for DTP. Life changed completely in the late nineties with the introduction of Adobe Photoshop and the Wacom tablet. As a cartoonist and illustrator working solely for clients I rarely did comics. If I was asked to make graphics for a manual I still did it in pen and paper. All the afterwork I did in Photoshop using an A3 Cintiq Wacom tablet. By the time I was ready for a career change hardly any of my work got printed. Everything was digital and increasingly ‘made for’ tablets and smartphones. I noticed that most of the artists in my acquaintance who made graphic stories still made them for the printing press. Although most of the work in creating the graphic story was done on the computer. Initially I did the same. When by 2013 I seriously got into Urban Sketching I reverted totally to pen and paper. By that time there was already excellent software available for making quick high quality sketches on an Ipad or any such tablet or even a smartphone. Maybe it was for sentimental reasons, or even financial reasons or just plain laziness that I went back to the sketch block. I don’t know. Although in prioritizing my expenses an Ipad never featured large. In any case the sketches I had made in Syria were made into a proper book that was published in 2015. The beautiful lay-out had been done by a colleague that knew how to use Illustrator and Indesign something I never took the time to master. In 2015 I was also preparing to put the sketches I had made in Morocco into a book and I had already written 98% of the text. But something was nagging.