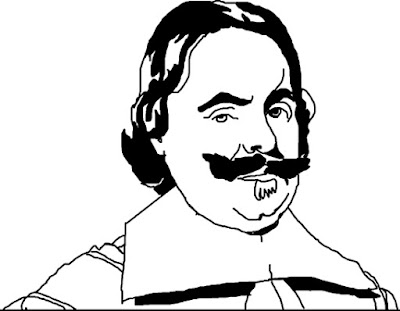 A curious Dutch connection to Ali Aboudmiaa the first ruler of Iligh was Michiel de Ruyter. Before he became a very successful admiral to the Dutch fleet in the second half of the seventeenth century, Michiel Adriaanzoon de Ruyter was a trader. He traded around the coasts of the Atlantic Ocean, from Ireland to the West Indies to Morocco in his ship ‘The Salamander’. In a period of 10 years he regularly visited Iligh to trade and if finances permitted bought captured Dutch seamen free from slavery. On his first journey he landed in Salé and with a Jewish guide and interpreter made the journey south on horseback. On later ventures he would land in ‘Santa Cruz’now Agadir. Michiel de Ruyter was an avid diary keeper and his exploits are well documented. Although the diaries concerning this period in his life have not been published as far as I could find out. However in a rather extensive biography of his life there are long quotations about his travels to Iligh and his relationship with what he calls the ‘Sant’. Thanks to his victories against a.o. the British fleet and to a contemporary biography he became a folk hero in the Netherlands. When I was a child we learned a song about him being a young boy in Vlissingen, Zeeland and dressed in a ‘blue checkered tunic’ turning the ropes onto the wheels while looking out yearningly over the sea. A didactic hint at doing lots of shite work patiently before being able to do what you really wanted. The drawing is made from the first portrait painted of Michiel de Ruyter at the time of his last travels to Iligh 1655