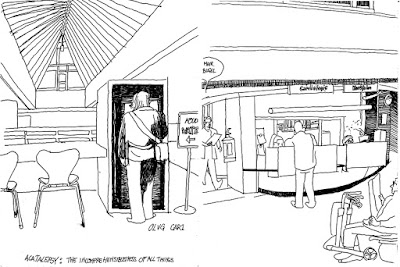 0n 17 January this year I had a heart attack and had three stents put in. This happened in Ireland. When I came back in Amsterdam I saw a cardiologist with all the information the doctors in Ireland gave me. After that my blood was taken (post 26 OLVG Spuistraat 239) and an ultrasound test of the heart was done. Another cardiologist saw me and told me that the pump function of the heart was not the best. Scarring caused by the cardiac event had done the damage. I knew that this could happen but the amount of damage done I had not expected. I thought the function would be around 90%, but it turns out to be closer to 60% and it won’t get any better, he assured me. No wonder my stamina has diminished considerably since before the heart attack. My Irish doctors had done everything that was necessary, he told me also and the medicines I’m taking are doing the job, but more clogging of the veins around the heart can occur. I have to monitor all the little agues and pains he warned me. And not put them aside and try to ignore them as I’m wont to do. The cardiologist was a younger and blonder version of Hugh Grant and an agreeable sight I must say. In the OLVG hospital Oosterpark I didn’t manage to make much of a sketch while waiting for the ultrasound, but I was luckier waiting for the cardiologist.